The Offenders + The Backyard Band live 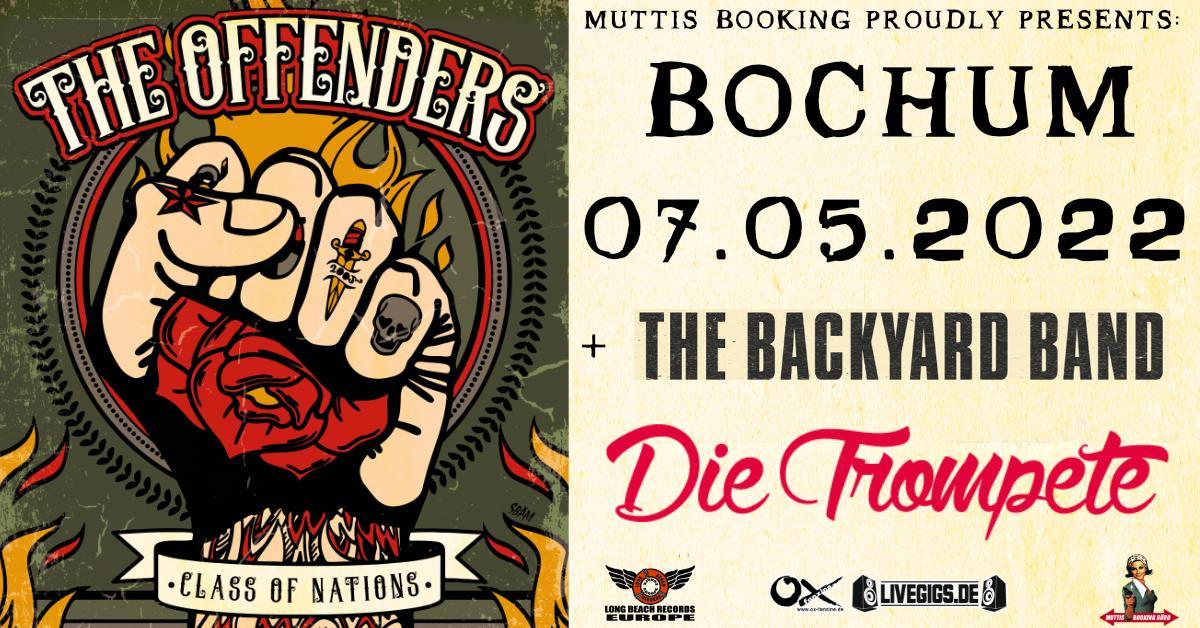 The Offenders und The Backyard Band live bei uns in der Trompete!
„ There’s a class of common people, of workers, across borders, beliefs, nationalities, colors and genders that stands
for human rights in constant opposition to autocrats, bankers and corrupted politicians. There’s a Class of Nations“.
With a clear statement THE OFFENDERS introduce their 8th full lenght CLASS OF NATIONS out in November 2019 on
Long Beach Records Europe. The album represents a change in the band’s sound, adding to their offbeat trademark a more straight-in-the-face streetpunk sound combined with folk elements, using for the first time ever in their carreer a mandolin as lead instrument alongside punk distorted guitar and fast upbeat tempo. As they always did in nearly 15 years of activity, THE OFFENDERS still have a say about nowadays society and politics, as revealed in the opening track „Rose Thorn“ (feat.Frankie McLaughlin / ex – THE RUMJACKS), a working class anthem standing against all profits that corrupted politicians made upon their lies selling out the future of the workers; the itchy feeling under skin that never goes away properly like having a rose thorn right under skin that you can’t pull out. „Marche’“ for example, the first single to be released before the album drops, in which the EU crysis and the rising of far right movements should be confronted by common people the way it happened in Spain during the 1930’s in the civil war in opposition to the fascist regime.
Alongside politics and streetlife we still find some private toughts and reflections like in „Evils Cry Sometimes“ or „Chaos FM“.
Einlass: 19:00
VVK: 14,45 € an allen bekannten VVK Stellen